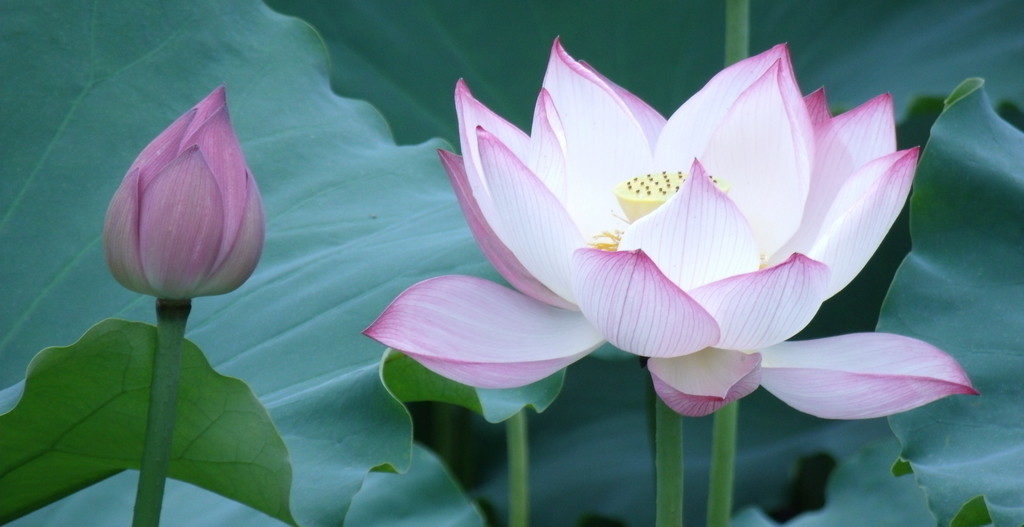 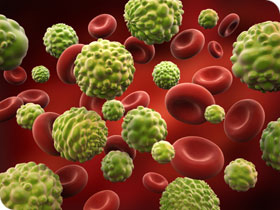 Supplemental oxygen helps make tumors more vulnerable to the action of anti-tumor immune cells, according to a new study supported in part by NIAID and conducted by scientists at the New England Inflammation and Tissue Protection Institute at Northeastern University and their colleagues. Working with mouse models of cancer, the researchers, led by former NIAID scientist Michail Sitkovsky, Ph.D., found that mice breathing excess oxygen had better regression of lung tumors and survived longer than mice breathing a normal amount of oxygen. The excess oxygen helps thwart a natural process that limits the ability of immune cells to invade and destroy tumors. The findings suggest that giving supplemental oxygen in combination with immune-stimulating therapies may be an effective cancer treatment strategy. The researchers report their results in the March 4, 2015, issue of Science Translational Medicine.

Scanning electron micrograph of a human T lymphocyte (also called a T cell) from the immune system of a healthy donor
Credit: NIAID

Cancer immunotherapies aim to recruit immune cells to recognize and attack tumors. However, tumors can persist even in the presence of anti-tumor immune cells, limiting the effectiveness of these treatments. Previous work by Dr. Sitkovsky and his colleagues helps explain this paradox.

In 2001, Dr. Sitkovsky’s team in the NIAID Laboratory of Immunology described an immune mechanism that the body uses to control inflammation. Inflammation leads to a drop in oxygen levels in inflamed tissue, triggering the release of a molecule called adenosine. When adenosine binds to so-called A2A adenosine receptors on the surface of nearby cells, it serves as a tissue-protecting stop signal, slowing the flood of damaging inflammatory molecules.

Dr. Sitkovsky continued his work on this inflammation-controlling mechanism, with support from NIAID and the National Cancer Institute, after he moved his lab to Boston, Massachusetts, to establish the New England Inflammation and Tissue Protection Institute. There, in 2006, Dr. Sitkovsky’s group showed in mice that tumors exploit the same mechanism to block the action of anti-tumor immune cells. Tumors rapidly outgrow their blood supply, leaving them in a low-oxygen, or hypoxic, state. As a result, they produce high levels of adenosine, which binds to receptors on the surface of immune cells and prevents the cells from destroying the tumor. When given caffeine, which competes with adenosine for A2A adenosine receptors, mice had better anti-tumor immune responses and delayed tumor growth.

The researchers also established that the tumor-fighting effects of oxygen depend on the presence of anti-tumor immune T cells and natural killer cells. Depleting mice of these cell types removed the tumor-killing effects of supplemental oxygen.

According to Dr. Sitkovsky, tumors are like a fortress, and the study results reveal how oxygenation overcomes their defenses in two ways. Oxygen opens the fortress gates, turning a tumor-protecting environment into a tumor-death-facilitating one. Oxygen also wakes up “soldiers,” in the form of anti-tumor immune cells that had been rendered inactive by tumor-generated adenosine, allowing them to infiltrate and destroy the tumor.

The results show in mice that supplemental oxygen can block the tumor-protecting generation of adenosine and unleash active anti-tumor T and natural killer cells. The findings support testing of supplemental oxygen, in combination with existing cancer treatment strategies, in human clinical trials.

Because the effects of oxygen depend on the presence of anti-tumor immune cells, oxygen should be tested in combination with existing immunotherapies for treatment of human cancers, the authors suggest. Dr. Sitkovsky speculates that oxygen also may help increase the effectiveness of cancer chemotherapy and radiotherapy, which recent research has suggested can induce an anti-tumor immune response. The authors also suggest testing oxygen in combination with the natural A2A adenosine receptor blocker caffeine or caffeine-like drugs to further boost the anti-tumor effects.